Since I moved further up north, I’ve been mind blown by how quickly autumn transitioned into a proper, snowy and white winter!

Many years ago I lived on the southern coast of Finland where snowy winters became increasingly rare. It was depressing to have just a couple of hours of sunlight per day while the rest of our time was spent in the darkness. It’s not a good environment for a human to be in if you ask me!

We’re getting ready to take out our ice-skates and skis to get the best of it! Let’s see if a snowy white winter makes things more bearable, or dare I say even, enjoyable...?

Since the last time I wrote you, I’ve published two new articles on some of the psychological principles that I got interested to write about thanks to Cialdini’s book on Influence, you will find them below.

In addition to these two articles, I wanted to also share with you an idea I thoroughly enjoyed about what it means to be well-educated according to a widely respected cognitive scientist and philosopher Noam Chomsky.

Meanwhile I’m wishing you a great weekend, and talk to you soon! I’ll just head out into that snowfall…

The principle of reciprocity and becoming a good negotiator 👨‍💼

🤝 Analyzing the idea behind reciprocity

Do you remember feeling a little indebted to someone after receiving a valuable favor?

This is a great example of psychological reciprocation, a mechanism that is built into all of us as part of being social animals. After receiving a favor or a concession from someone else, most often you will justifiably feel like giving something back in return.

The principle of reciprocity is not only especially relevant in politics, business and diplomacy, both systematically and organically, as well as legally and illegally (in the form of corruption), but also a critically important factor in our daily lives, a fact that is quite interesting when examined more closely.

What it means to be truly educated 📖

I'm a retired professor at the Massachusetts Institute of Technology where I've been for 65 years. I think I can do no better about answering the question of what it means to be truly educated than to go back to some of the classic views on the subject.

For example the views expressed by the founder of the modern higher education system, Wilhelm von Humboldt, leading humanist, a figure of the enlightenment who wrote extensively on education and human development and argued, I think, kind of very plausibly, that the core principle and requirement of a fulfilled human being is the ability to inquire and create constructively independently without external controls.

To move to a modern counterpart, a leading physicist who talked right here, used to tell his classes it's not important what we cover in the class, it's important what you discover. To be truly educated from this point of view means to be in a position to inquire and to create on the basis of the resources available to you which you've come to appreciate and comprehend. To know where to look, to know how to formulate serious questions, to question a standard doctrine if that's appropriate, to find your own way, to shape the questions that are worth pursuing, and to develop the path to pursue them.

That means knowing, understanding many things but also, much more important than what you have stored in your mind, to know where to look, how to look, how to question, how to challenge, how to proceed independently, to deal with the challenges that the world presents to you and that you develop in the course of your self education and inquiry and investigations, in cooperation and solidarity with others.

That's what an educational system should cultivate from kindergarten to graduate school, and in the best cases sometimes does, and that leads to people who are, at least by my standards, well educated.

- Chomsky on being truly educated. As directly quoted from the original video.

🔮 Why do sales organizations forecast?

“A foolish consistency is the hobgoblin of little minds.”

We all strive for consistency and predictability, but at what cost? And when does it lead us in the wrong direction?

Say you approach a sales manager working in a large company and question him on why sales teams are required to forecast exact amounts of revenue for up to three months in advance? It’s a valid question to ask as salespeople are often required to internally commit to getting a signature from a customer by a certain date, no matter the complexity of the deal.

Throw in the difficulty of “committing” to an exact deal size to be brought in, particularly when asked to be written down “on paper” at an early stage, and it can all sometimes feel borderline absurd. Why?

As always, thank you for your time and for being a great subscriber!  🎉

In case you find this content interesting or useful, I'd be super thankful if you could share the LBS with one or two of your friends. You can also directly reply to this email if you have any feedback that I could incorporate into future issues.

All the best,
Santeri

Rating: 8/10. How leaders close the gaps between plans, actions and resuts. This book is about Bungay's expertful research into military's learnings from the past centuries and how it can all be applied to modern business and leadership. Find an extensive summary below. 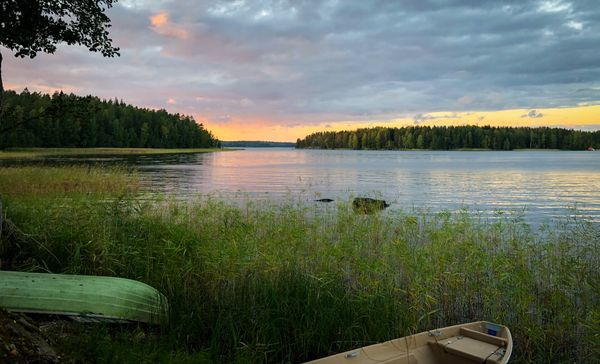 Say you approach a sales manager working in a large company and question him on why sales teams are required to forecast exact amounts of revenue for up to three months in advance? What's the answer you'll get?